As bail reform rises on the tide of media articles and legislative movement, it’s clear that big industry changes are just over the horizon. States like California and New York play huge roles in the legislative shifts, though it’s too early to tell what effect their movements will have on the rest of the country. While we may only feel a light change in the wind now, the entire country may experience a serious industry storm in the near future!

Today, we’ll take a deeper look at three focal points of these reforms. These include:

We’ll also outline some bail reform marketing strategies for keeping your business ahead of the industry changes, such as shifting towards felony crime bonding. Be sure to pay close attention to the research data as we progress! Let’s get started. 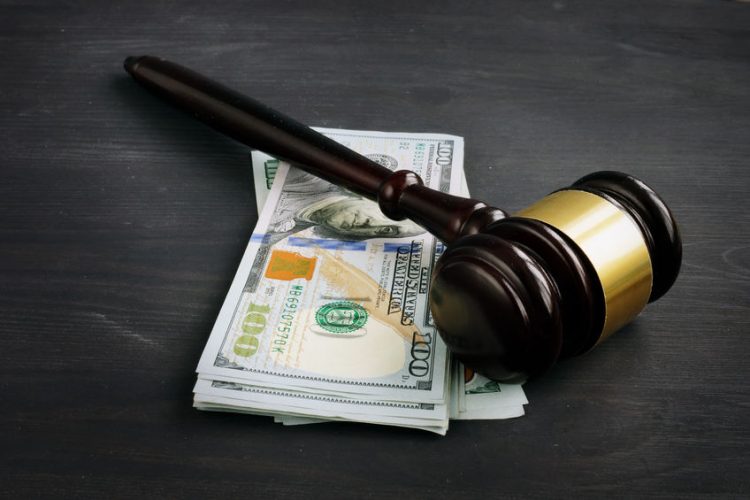 Cash Bail Could Be on it’s Way Out the Door for Many States. It’s Time to Plan Ahead With Bail Reform Marketing.

Industry Trend #1: The No Bail Shift

Last year, California lawmakers signed a bill that made the state the very first to eliminate cash bail. The legislation removed the process of bail setting, instead placing a jail-or-no-jail decision squarely within the hands of local judges. While some state natives hailed the bill as a symbol of much-needed bail reform, detractors quickly rose up in both civil liberty and bail advocates. The ACLU claimed that last-minute adjustments to the bill actually made it more likely that judges would simply hold defendants without bail.

On the other side of the issue, bail advocates argued that the measures risk increasing crime rates of suspects with solid arrest histories who are released awaiting trial.

While the bill was set to activate this month, a widespread petition among bail industry professionals and supporters called for a referendum on the legislation. The bill’s fate is now set to be decided in the coming 2020. Regardless of whether the bill survives or crumbles under referendum, it still represents a significant shift pretrial release without bail, particularly in liberal states. 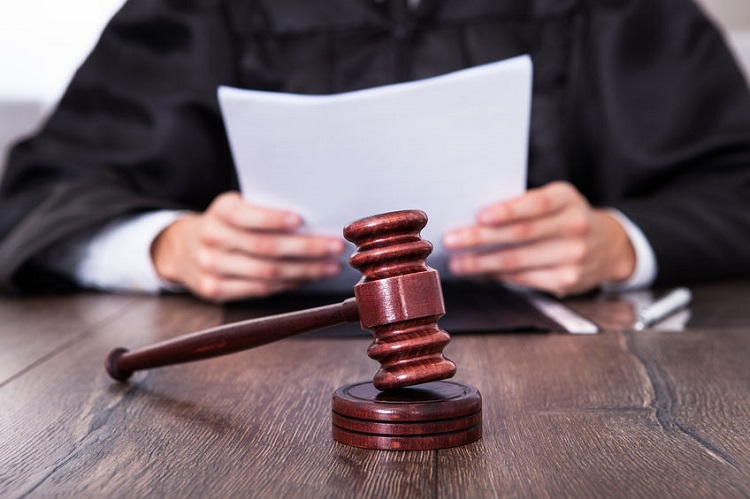 One of the most peculiar, yet powerful forces behind the no-bail shift are the algorithm assessment programs. Many California cities and counties, such as San Francisco, have adopted these risk assessment tools as a way to prevent gender and racial bias from seeping into pretrial determinations. It’s no mystery that minority groups, especially those in poverty, have long experienced higher rates in pretrial incarceration. Since these groups are least likely to afford bail, they have experienced significant incarceration times prior to their actual hearings.

Judges through California now use algorithmically-generated public safety assessment scores to determine a suspect’s risk to the public and their likelihood of returning for trial. This analytical method, made famous by Texas company Arnold Ventures, assesses criminal history and other key factors with the goal of eliminating gender and racial biases.

Unfortunately, these streamlined tools aren’t foolproof, as they still heavily depend on accurate data-entry and wise interpretation by the judges. This painful truth came into focus in 2017, when a San Francisco native was murdered by a former convict who was mistakenly released on pretrial assertive case management, despite having multiple parole violations and a weapons charge days before the attack. The event was made possible by a faulty PSA store, generated by human error when the suspect’s criminal and incarceration history were improperly entered into the system.

As these PSA programs grow increasingly influential in large metropolitan communities like Chicago, San Francisco, Phoenix, and even Houston, there’s growing concern among bail industry professionals. These systems seem to progress the movement of no-bail pretrial releases, which in turn increase the number of felony suspects back on the streets.

Despite having one of the highest population densities in the country, New York City has seen a massive decrease in the number of incarcerated pretrial suspects. In fact, the “City that Never Sleeps” has now earned a new reputation as “the least incarcerated major city in the United States” (The Marshall Project), with a mere 7,800 people reported in jail this year. Part of the city’s shift away from bail has been stimulated by the rising tide of alternative solutions.

One of the most prominent programs comes directly from the Mayor’s Office of Criminal Justice. In a quest to reduce the number of individuals held in jail due to inability to pay bail, the 2016 Supervised Release program utilizes a pretrial risk assessment tool to analyze each suspect’s potential threat to the community. Low-risk offenders (especially those who couldn’t afford bail) are often provided the option of release under supervision of a case worker. Enrollee court appearances are carefully managed by their case worker, who often connects the suspect with voluntary counseling, career training, and similar social services. 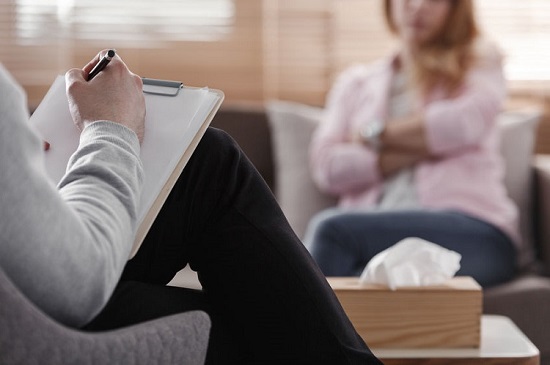 Higher-risk felony suspects are often denied release and held in jail. According to the Marshall Project, a news organization dedicated to criminal justice reform, the violent felony charges have actually increased partly as a result of the rise in pretrial release.

“The rate at which defendants are charged bail for violent felonies, as opposed to lower-level crimes, has actually increased from 53 percent to 62 percent in recent decades.”

While it’s unclear exactly how successful this program has been in affecting return for trial rates, the Mayor’s Office of Criminal Justice claimed that Supervised Release had a success rate similar to people released on their own recognizance. The program has already hit a landmark number of 10,000 enrollees, showing just how enthusiastic judges have been to utilize the program. With the popularity of Supervised Release climbing, the Mayor’s Office launched a youth-track in October last year. In the meantime however, there are a growing number of justice system professionals who aren’t happy with the way New York bail policies have shifted.

While many professionals in the criminal justice industry support the Supervised Release program (and the related campaign to retire the Rikers Island prison), detractors have risen in protest of recent bail reform legislation. Tagged onto the 2019 State Budget, these criminal justice changes eliminate bail for the majority of misdemeanor and non-violent felony charges. They also reduce the pretrial waiting period for suspects (three months for misdemeanors, and six months for felony charges).

The reforms were designed to limit the population of incarcerated individuals awaiting trial, and prevent criminal tendencies created by disruptions to livelihood.

Pretrial Detention Causes Many to Lose Their Jobs, Perpetuating the Crime Cycle.

Law enforcement and criminal justice professionals like Jed Painter however, think the reforms could encourage people to skip trial and commit additional crimes. That’s why he’s giving pointers to legal experts on how to target problematic, pretrial-released individuals with more bail worthy offenses. These offenses could include bail jumping and willfully missing mandated check-ins.

Perhaps more interesting (or alarming for some) is the non-legislative shift away from demanding bail. We’ve already mentioned bail alternative programs like Supervised Release that have seen so many release on recognizance. However, it seems that the general ideals of judges and prosecutors alike has shifted away from bail.

In NYC, the return-to-court rate has actually soared despite fewer bail-based releases.

While the national court return rate rests at the 75th percentile, New York City’s rate has claimed to 86 percent. Even in cases involving bail release, prosecutors now seem to be pricing their bail requests lower. It’s possible that the entire state’s cash bail could disappear altogether by 2020. 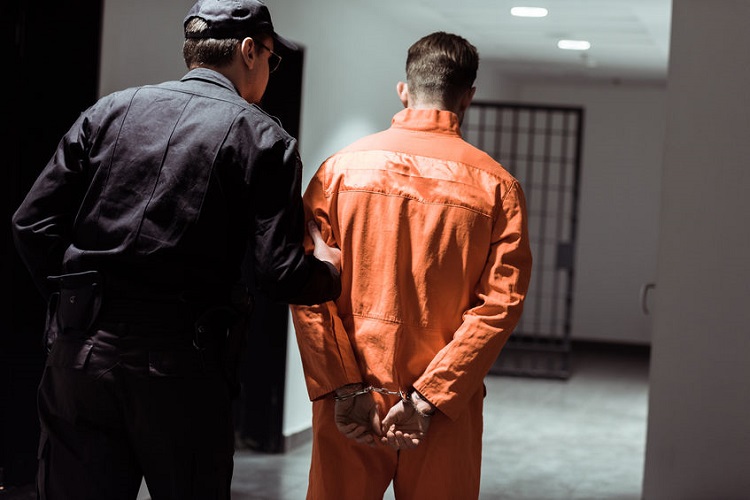 The Effectiveness of NY Legislation May Determine Industry Reform in Other States.

Even before legislation eliminated many bail services earlier this year, there was already a clear shift away from pretrial lockup. New York City enjoys a remarkably low-crime rate (28% lower than the national average, and falling). Considering the metropolitan area’s dense population, it serves as a poignant example for other large cities in the nation.

In other words, if NYC’s current trend of lower crime and higher pretrial releases continues, it’s very likely that others will try to follow the city’s lead.

All eyes will be on the state as it moves further and further towards casting aside bail setting altogether. Depending on the state’s success, we might start seeing those grassroot movements escalate into law in other states across the country, even traditionally bail-friendly ones (such as Texas). It’s very likely that this gradual adoption of bail reforms could see more sustainable results, compared to those in California generated by more aggressive legislation.

While these cultural changes may seemingly spell doom and gloom for bail professionals, there’s still a little time to modify your business structure ahead of the coming shifts. With careful planning and shrewd bail reform marketing strategy, your company can continue to faithfully serve your community and grow! Here are some recommended tactics for protecting your business.

When it comes to adopting new legislation, liberal states seem to be the ones most aggressively pursuing legislation to drop bail. With that being said, your laws may still very city by city in your state. If lawmakers in your service area push a new bill, you may have to rely on nearby areas for more of your business.

While growing your business has rarely been about hedging your bets, entering new cities could be a great move for your bail company. As you look to optimize your website and other bail reform marketing assets, make sure that the cities you’re investigating have amenable laws. The same goes for your online advertising tools. If other digital tech companies follow the example of Facebook and Google, you could be left with fewer advertising tools. So try experimenting with other platforms, just in case!

While some stats look to eliminate bail altogether, others simply want to limit instances of long-term incarceration for misdemeanor offenses. That means fewer bail clients in the lesser offense categories, and much stronger emphasis on felony crimes. It might be time to push stronger advertising for these categories.

If you want to rank for felony bail keywords online, make sure your business has the appropriate service pages in place. In your bail reform marketing strategy, you may also want to incorporate more content on both state and federal felonies. By starting now, you can ensure that your company has stronger keyword rankings when the misdemeanors finally drop off the service menu.

#3: Prepare for a Shrinking Market

Combine fewer clients with anti-bail legislation, and it paints a picture of a shrinking market.

Even if you’re currently content with your lead volume, it’s more important than ever to pursue better traffic for your company website. If you haven’t taken the time to optimize your site for local search, now is the time! Here are a few pointers for getting started on your bail reform marketing…

Since bail reform laws and trends will vary state to state (even city to city), make sure to consult your local representatives on what the future holds. With the industry continually changing, research and preparation can make all the difference for your business. We hope your team continues to grow!

In the meantime, our crew at Bail Webmasters is here to help you with all your online marketing needs! Our custom web design and SEO services have enabled countless professionals to grow their businesses when other companies were still struggling with the loss of Google Ads and Facebook Advertising. We’d love to partner with your business too!